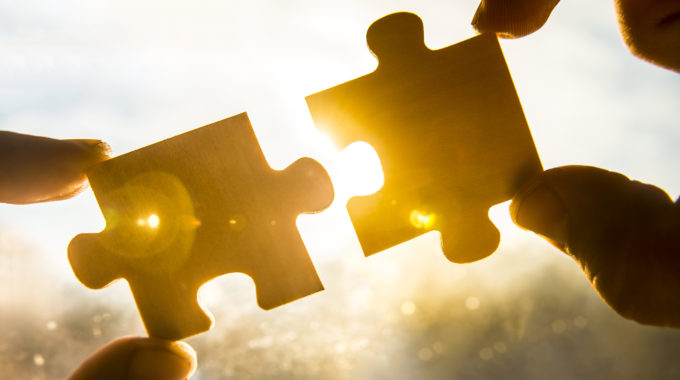 One of the questions we hear the most often from marketers when we talk about the importance of MessageGears’ direct connection to your database is this: If connecting directly to the database is so essential and transformative, why don’t your competitors do it too? After all, our most common competitors are massive organizations that would seem to have plenty of money and resources available to be able to do pretty much whatever they want. From the outside, it can be hard to understand why they wouldn’t simply copy MessageGears if there was value in doing so.

So, why don’t they? To really answer that question, we need to take a look at the history of email service providers, and why they’re structured the way they are.

The history of email itself goes back decades, but email marketing is only about 25 years old, starting in earnest when Hotmail exploded by offering free email addresses to anyone and everyone. That kicked off the age of marketing via the inbox. And, soon, between the late 1990s and early 2000s, startups — ExactTarget, Responsys, Silverpop, etc. — began forming with the intent of helping companies deliver emails to their customers. And large SaaS B2B companies took notice of their success, seeing an opportunity to add a new service to the suite they offered their customers.

That led to a flurry of acquisitions around 2013, when Salesforce purchased ExactTarget for $2.58 billion, Oracle bought Responsys for $1.5 billion, IBM acquired Silverpop for $300 million, and Adobe added little-known Neolane out of France for $600 million. A lot of money was thrown around in order to give these huge service providers the ability to offer email marketing. But the key is that all of these ESPs were not only built close to 20 years ago, but they weren’t built by the companies that now own them. They were built for a different era, by different people, for different purposes.

But why can’t these big companies change the way their ESP works now, or just build a new one that connects to your data? First, they’d have to decide it was a high enough priority for them to dedicate the significant resources toward doing it, and email isn’t a big enough revenue stream for them to justify it. Even if they did decide they wanted to, though, there are structural reasons it’s somewhere between impossible and unreasonably difficult to actually do.

When a company builds a product or service, one of the first tasks is typically to define the platform’s data model. The data model determines the fields, data types, and the relationships between items. After the data model is in place, all services and functionality are built on top of it. The features begin to expect certain details like what fields are available and rules for which items are related to others. As time goes on, more functionality is added, and changes to that core data model can become basically impossible.

The cycle is similar to the evolution of cars. In the beginning, the car was just a frame, motor, a set of wheels, and a very basic interior. At this stage, it would have been easy to change a core feature like moving the motor to the back of the car. But, once the design was set and cars had been produced for a century, there are expectations around how many engines a car should have. Where does the engine go? What parts do I need for a combustible engine? Looking back, if the idea wasn’t to make a combustible car with a single motor but, instead, an electric car with dual motors, you can imagine a lot of different decisions would be made.

It’s not impossible. At least theoretically, it could be done. But it takes rethinking virtually every aspect of the structure of how the email service provider operates. That’s basically what MessageGears did, starting in 2010 with a very different view on data access and an eye toward personalized messaging that wasn’t on the horizon when the previous wave of startups were built and then later acquired. That’s why MessageGears is different.

Because MessageGears was built without all the existing baggage of the older ESPs, there were no practical limitations on how it could be put together. Just like when a company like Tesla stepped back and rethought how a car might work, MessageGears had a very different vision for what a customer marketing platform would look like if taking into account the challenges enterprise organizations had accessing and utilizing their data to deliver consistently personalized, thoughtful messages to their customers.

As MessageGears' Senior Marketing Manager, Jeff is focused on ensuring the execution of the Marketing team's vision, with customer messaging and communication at the forefront. He's passionate about understanding the way data impacts messaging, and creating content that helps marketers do their jobs better.

Raising Our Standards for Email

In recent years, many leading brands have diligently been working on eliminating data silos and…

If you’re an #emailgeek, odds are good there’s a dream campaign you have rattling around…

What We’re Looking Forward to at the Snowflake Summit