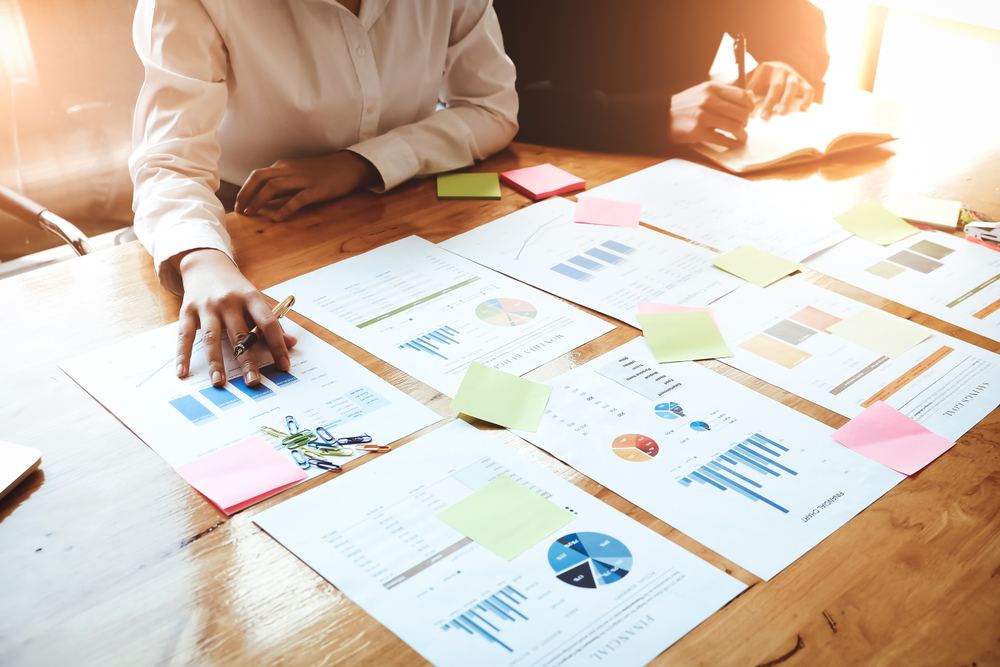 After a challenging year for so many marketers, 2021 brings with it optimism and determination in the marketing world. Those who were able to get some momentum with their digital marketing are looking to build on that, but many questions still remain about the best path forward as everyone adjusts to a changing world.

To get a better understanding of their thoughts and priorities as 2020 fades into the background, we surveyed 150 enterprise marketers on a wide range of digital marketing topics, and we learned a lot about their plans, concerns, and strategic adjustments. Here were some of the key takeaways when it comes to digital messaging volume and how they see it changing in 2021. 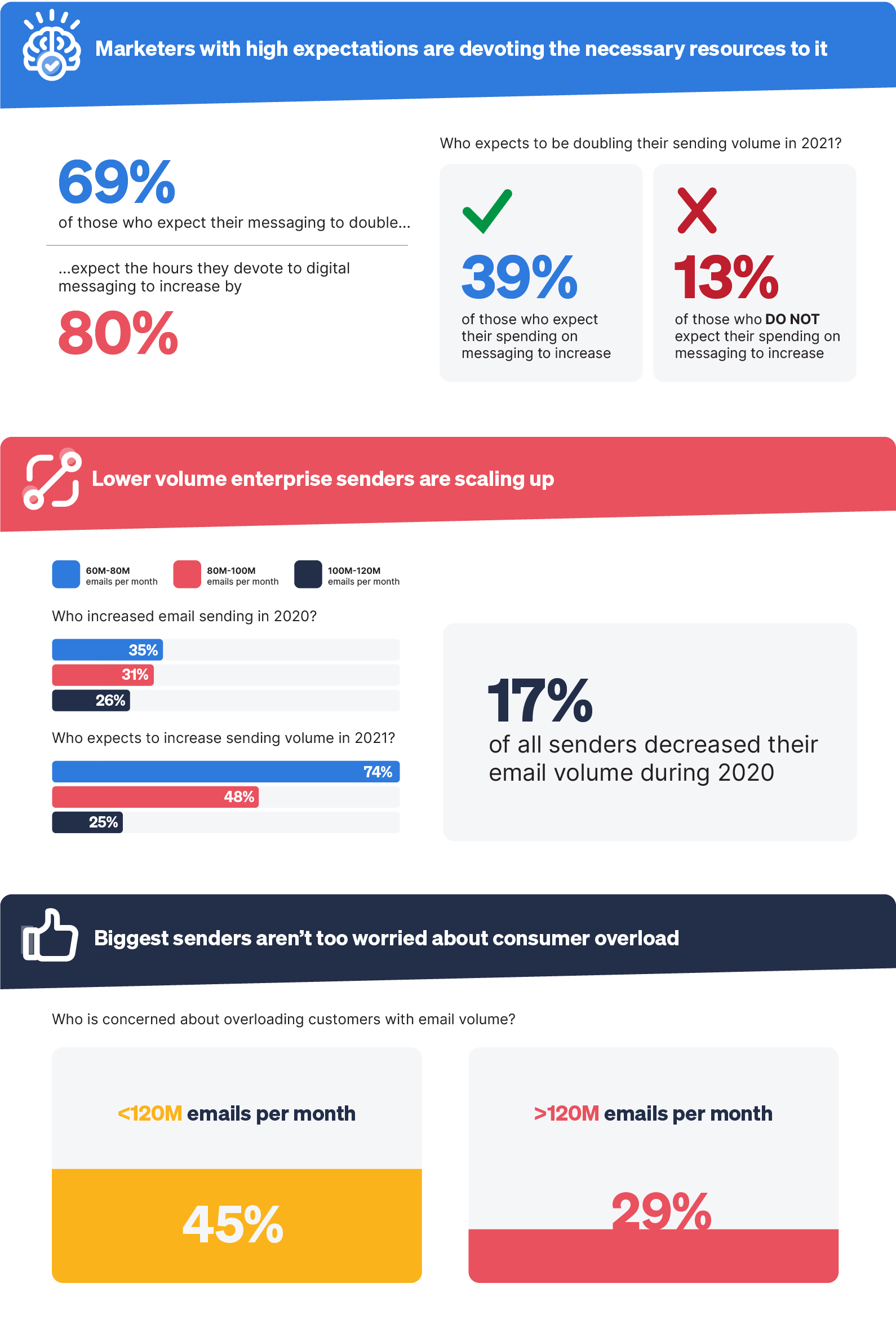 Marketers with high expectations are devoting the necessary resources to it

This could be a bit of a “Chicken or the egg?” question — Are marketing teams raising their expectations for digital messaging volume because they’ve scaled up their teams and have more bodies to do the work? Or have marketing teams been tasked with increasing digital messaging volume, so they’ve scaled up their teams in order to ensure they’re capable of meeting the new demand?

We don’t know with certainty the answer to that question, but it’s clear from our survey that Super Senders realize that you don’t get more with less. If you want to send more — and more personalized — marketing campaigns, you need to marshal the resources to do it properly.

Among respondents who expect their messaging volume to double in 2021, 69% said they expect the number of hours they devote to digital messaging to increase by more than 80%, with some expecting a much bigger increase. And 39% of those who expect spending to increase anticipate doubling their sending volume this year, while just 13% of others expect to double sending.

Our takeaway: Super Senders are expecting a big bounce-back consumer year in 2021, and are preparing to capitalize on that with more messaging campaigns that are targeted to their audience. To do that, they know they have to scale up their teams, and have been loading up to hit the ground running this year.

Even in a strange year, enterprise brands sent plenty of marketing emails. The pace of email volume changes throughout the year varied wildly by industry, with some large brands going almost dark on marketing emails for a time in the spring, while others either never broke stride or even picked up the pace as people started working from home.

Size didn’t indicate much when it came to who scaled their sending back in 2020, with roughly 17% of senders at every volume tier decreasing their number of emails over the course of the year. But size did show some correlation with increased messages, with 35% of respondents in the 60 million-80 million category reporting an increase in volume, 31% of 80-100M, and 26% of those at 100-120M.

We saw a similar — and even more pronounced — pattern when we asked marketers about their expectations for 2021. We saw similar percentages across volumes saying they anticipated sending less email this year — although just 10% in the 80-100M range said that — but size was a terrific indicator of who expected to grow. Among 60-80M senders, 74% said they expect to increase their sending volume in 2021, compared with 48% of 80-100M and just 25% of 100-120M.

Our takeaway: Companies are growing toward that top tier — or want to — and part of that growth is seeing their email volume increase. But, as these companies scale up, they start to see the limitations of remote ESPs, finding solutions like MessageGears that help them own their data. And that increases their confidence to scale further.

With the biggest companies sending more than 120 million messages — sometimes much more — some people in the email world have concerns about consumers either getting annoyed or just tuning brands out due to inbox overload.

And we saw that in the responses, with a lot of marketers expressing some level of concern about their customers growing tired of getting so many emails. It’s easy to see where those concerns come from. We can all look at our own inboxes and see that volume is often beyond what we can realistically keep up with. Gmail’s tabs allow us to ignore most of what we don’t want to see.

So you’d think that the brands sending the most messages could have the most concern about consumer overload, but we found the opposite to be true. While 45% of those sending fewer than 120 million emails a month described themselves as “very concerned” about inbox overload, that number dropped to just 29% for senders over 120 million.

Our takeaway: The biggest senders know that while consumers complain generically about getting too many emails, email is still the most powerful channel for a user if there is value in the messages they receive. If you put in the work and invest in the tools to make your messages relevant, consumers will value the emails they get rather than unsubscribing.