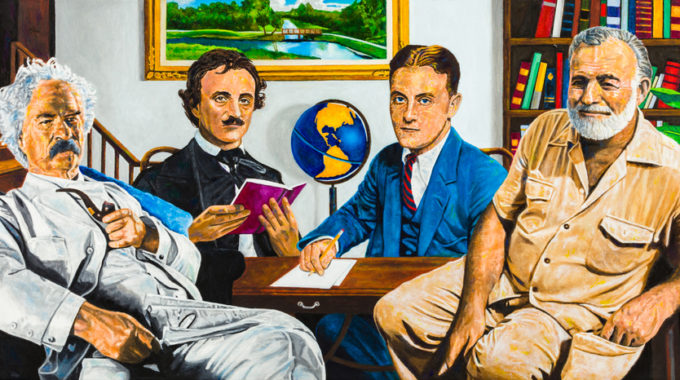 It’s fair to say Nobel Prize-winning novelist Ernest Hemingway didn’t do a tremendous amount of email marketing in his time, considering he was born in the 19th century and died in 1961. He wasn’t even a marketer, moving from journalism to author and more or less mastering both during his life.

Still, his instincts for crafting effective emails may have been more honed than anyone would have thought. His “Iceberg Theory” on writing wasn’t always his most popular storytelling philosophy; its critics said it contributed to him seeming distant and uncaring for his own characters through a lack of telling their full story. But there’s a lot that the crafty email marketer can take away from it if they look closely:

If a writer of prose knows enough of what he is writing about he may omit things that he knows and the reader, if the writer is writing truly enough, will have a feeling of those things as strongly as though the writer had stated them. The dignity of movement of an iceberg is due to only one-eighth of it being above water.

“But I’m not writing prose. I’m writing emails,” you might say. But that’s where you may be missing your chance to connect with your reader. People love stories. People want to be entertained. Teased. Intrigued. You are a storyteller, so don’t sell yourself short. You may not be Hemingway, but you sure can learn from the guy.

What does this philosophy have to do with email marketing?

Emails need to be short. To the point. Don’t use five words when four will do. Find a way to grab ahold of your reader as quickly as possible. Once you’ve used a great subject line to grab their attention and get them to open your email, you have mere seconds to convince them to take some further action. You’re not just looking for opens, right? You need to lead them to your clear and concise call to action. How are you going to do that? The Iceberg Theory is how. Here are the takeaways:

So, yes, Hemingway may seem like an unlikely muse for the email marketer, given that the Internet itself would have been a foreign concept to him as he lounged on a beach in Key West banging out another story on a typewriter. But never underestimate the power of great writing to help you stand out in a sea of email marketing icebergs.

As MessageGears' Senior Marketing Manager, Jeff is focused on ensuring the execution of the Marketing team's vision, with customer messaging and communication at the forefront. He's passionate about understanding the way data impacts messaging, and creating content that helps marketers do their jobs better.

The C-Suite Must Be Involved to Make Email Work

When you’re grinding away in your cubicle day after day, running A/B tests, segmenting your…