Data Maturity Roadmap Tier 3: Go Warehouse-First and Own All Your Data 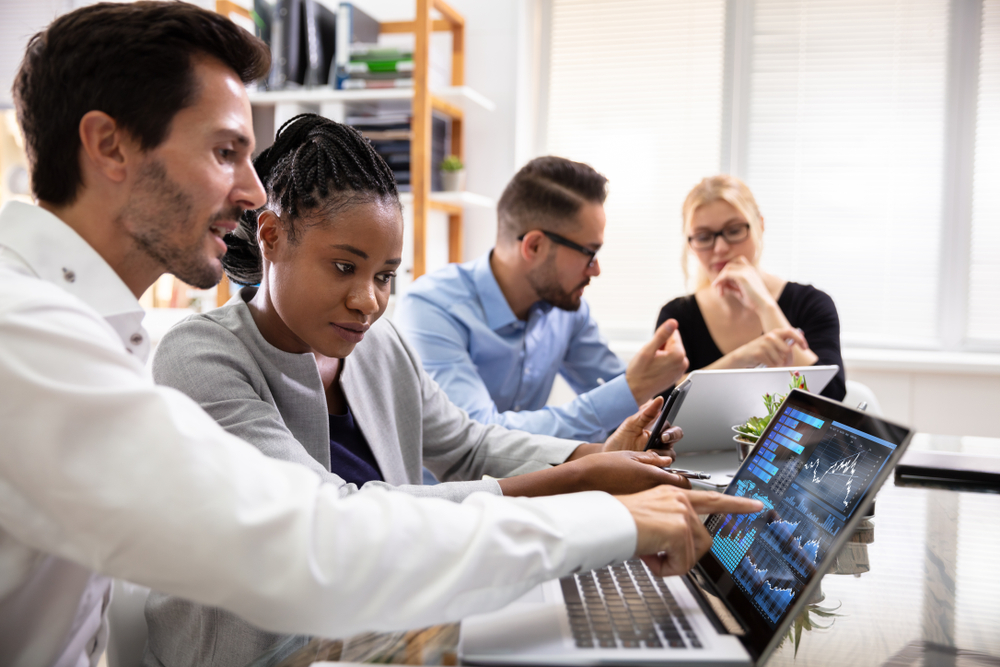 This is Part 3 in our series on maturity to data-led marketing, following our marketer Anna as she follows our roadmap from a state of scattered, inaccessible data to having full control over her organization’s customer data. Get up to speed by reading Part 1 and Part 2.

Marketing teams that have made it to the cusp of Tier 3 should feel accomplished — they’ve likely overcome a significant amount of organizational inertia to get their company to the precipice of truly owning their customer data, and eliminating the obstacles that used to prevent them from putting it to their advantage.

Returning to our friend Anna, now that her company’s data is all where it needs to be, and the tools that connect directly to it are humming along nicely, it’s time to accelerate. Time to put the single source of truth at the very center of her marketing strategy, and let everything revolve around it.

Here’s what it looks like when she gets there:

Putting the database at the center of your marketing universe

This is the big final step, but it’s one Anna should be ready for at this point. She’s gradually started using live, real-time data for her marketing needs, beginning to understand what it can accomplish for her. She’s established a unified, end-to-end view of the customer, with cross-channel workflows that allow her to tailor her messaging to each individual customer’s situation and behavior.

Now, to enhance her understanding of where her marketing efforts are going and what’s driving customer interaction, the time has come to put her data first. Not her CDP, and certainly not her ESP. That data warehouse her company invested in so that data could be organized, accessible, and performant across the organization, she needs to make that the true system of record for all her marketing efforts.

It should be the center of everything she’s doing — she’s accessing it directly, building all her audiences there, adding fields to campaigns straight from live data. All the data is in place and ready for use. Data on transactions, behavior, and engagement are all flowing into the same single source of truth. Data comes from brick-and-mortar locations, online, and mobile, and it’s seamlessly ingested into the modern data warehouse. 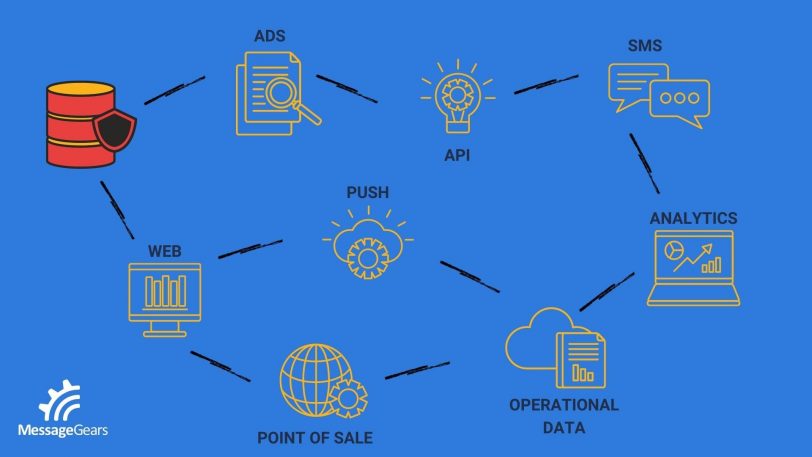 This was the most important step for Stylist, who had different vendors copying data at different times, meaning that feeds were inconsistent or potentially incomplete. The datasets never would match, so they didn’t know which ones to trust. Every team had their favorite set of data. The situation was unsustainable. If you don’t trust your data, you almost don’t have any.

With MessageGears plugging directly into their data, though, they were able to take full ownership of it for the first time. They had consolidated their data, and they were almost ready. They just needed a solution like MessageGears to fill in the gaps.

Like Stylist, a major digital hospitality brand had already invested in a modern data warehouse (Snowflake), and they also had a CDP (SimonData) that was meant to give them a full view of their customer data. But there was a big problem: neither SimonData nor their ESP (Sendgrid) integrated with Snowflake, so they were always working with a copy of their data rather than the live, real-time version of it. And that led to all sorts of problems with data lag.

Because MessageGears allowed them to work with their data directly, though, they were able to quickly overhaul their messaging strategy, creating efficient cross-channel workflows and using all their data right where it lived. Not only that, but they were able to sunset SimonData completely, allowing MessageGears Segment to play the role of CDP, not only giving them vastly improved data access but saving them a tremendous amount of money in the process.

That’s what getting to the finish line of data maturity looks like now for Anna: the data comes first, always. No more plugging holes as they pop up. It’s her data, and she can simply use it as it sits. Live and in real time. No more copying it or moving it somewhere else.

Anna has reached the pinnacle of data maturity, joining a growing list of marketers who have been forward-thinking enough and done the work necessary to gain full control over their company’s data, putting it firmly at the center of everything they do. And she’s reaping the benefits, with increased customer engagement and loyalty, improved ROI for messaging campaigns, and more job satisfaction for her team that includes more autonomy from I.T.

A warehouse-first approach is where marketing is headed in the coming years, and the innovators are arriving there already. Let us help you find your roadmap to data maturity, one step at a time.