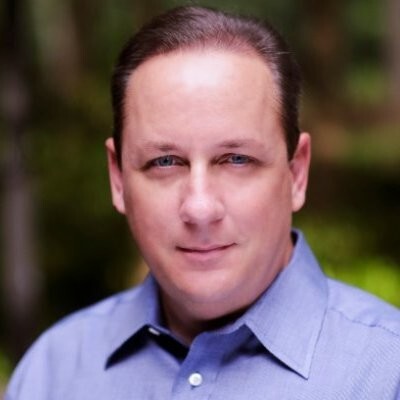 In this edition of “Ask an Expert,” Nick Ziech-Lopez and India Waters speak with MessageGears founder Dan Roy, in order to gain a better understanding of how MessageGears came to be. Throughout his interview, Dan explains the ins and outs of starting a company with cutting-edge technology, the difficulties that come with it, and what the future of digital marketing will look like.

Can you give us a little background of yourself and what your career has been like?

I’m a career technologist, so I grew up doing I.T. right out of school and went into banking for a few years building software for a bank. After working there, I worked on building Delta.com in the early days of the internet. That’s when I got into marketing technology, and I’ve been doing that ever since. I moved from the brand side to the vendor side after Delta, becoming an entrepreneur and starting my own marketing technology company (MessageGears), which provides marketing solutions for big companies.

Can you tell us a bit about MessageGears, and what led you to its start?

My experience with email messaging technology started at Delta. We built a booking engine, rolled it out, and it was growing massively. Part of that process was collecting email addresses from Delta’s customers, and I realized that a large amount of the collected email addresses weren’t being used. Delta partnered with a company that built email marketing software called Accu-Cast, and I later went on to join that company as the Chief Technology Officer. The genesis for MessageGears came from my experience at Accu-Cast. One of the challenges that I noticed Accu-Cast had was managing email servers and deliverability. We weren’t able to connect directly to our customers’ data, and moving data to us as their vendor was an extremely slow process. I realized these were two major problems that needed to be addressed, and that’s why MessageGears was created to be a hybrid solution that keeps all your data in your data warehouse, but outsources the email deliverability part with connectors that move data back and forth seamlessly.

What did scale look like? What were the audience and campaign sizes at that point?

Back then, they were big. Delta probably had 30 or 40 million email addresses early on, and one of the options Delta had was list servers that blasted out the same message to every customer. That was one of the only vendor solutions around that time. Delta was really smart, searching for vendor solutions and eventually utilizing Accu-Cast because they knew the importance of personalization.

What propelled the idea for MessageGears?

SaaS email started coming out around the early 2000s, and the idea for MessageGears came out of the frustration that the two different approaches were not a good fit for big companies. I kept thinking, there’s a solution that can do both of these things and companies wouldn’t have to pick one or the other or have to copy data from a data warehouse to a vendor; it just doesn’t exist yet. In 2009, we started building MessageGears.

How did you go about assembling your IT team?

We were part of a company called PGI, building a communications operating system that’s made for doing different types of messaging, not just email. PGI had acquired many different email solutions over the years, and I thought it was important to build one messaging engine that can work for any of these messaging products that PGI had. I built the founding team of MessageGears while at PGI. When the economy took a hit in 2009, PGI was looking to scale back. We were able to work with PGI to spin out the project, and MessageGears came out of that communications operating system. Really, an API-based messaging solution was the core of what we started at MessageGears.

Were you one of the first on the bandwagon of Amazon Web Services?

We were there very early, starting at PGI. The first project we undertook as MessageGears was moving off the old platform to Amazon. It was really expensive because it required dedicated hardware, but was worth it. We moved on to Amazon in 2010, and I would explain to investors how we were hosted on Amazon; I viewed cloud computing as a benefit and cutting edge. Looking back, it was a great decision and a better, more affordable way to start a company where we could focus on building software and not hosting servers or building networks.

As you began growing the company, were there things you found difficult that people didn’t prepare you for? What were the tough parts that nobody talks about?

I knew it wasn’t going to be easy; I think one of the most important things to do is believe in yourself and your idea. To me, being an engineer, the sales and marketing side of it was probably the biggest eye opener. I didn’t fully appreciate the importance and how difficult that process of not only hiring and building a sales and marketing team can be, but all the strategy and technology that goes into it. When we’re competing with Adobe, Salesforce, and IBM, it’s very important to build an effective sales and marketing organization.

What was your first step in hiring your marketing team?

Almost all of the early recruiting was just networking. I would just talk to the people that I knew had worked in sales from other companies I worked at before. It’s definitely an evolution. We had some great resources along the way; many of which are still with MessageGears today.

MessageGears has one of the best company cultures. How did that come about?

It was super intentional to build a fun environment built on trust. You have to work hard in any business these days — especially a startup — so it’s important to enjoy the people that you work with. That was very intentional. I don’t know how you could survive building a company, and being there all the time with people you don’t enjoy or have fun working with.

Looking forward, where do you see marketing tools and the marketing industry evolving to?

I think data is foundational and will continue to be foundational. Technologies are changing around data, and data warehousing has changed a lot in the past 10 years. It’s moving away from the old traditional data warehouses to cloud databases such as BigQuery, Snowflake, and Redshift. How you use data is going to be critically important. Machine learning was unapproachable for most companies because it required scientists to do it, but now Amazon and Google are making machine learning approachable to basically any organization. Data, machine learning, and integration are the three top technologies from a marketing technology standpoint that companies need to start embracing if they haven’t already because it’s going to be the key to success in my view.

What was the relevance of email when starting MessageGears, and what do you see in the future of email?

People have been saying email was dead ever since Facebook launched their messenger product, and I don’t believe that. We all interact with direct messaging, and we all interact with email; they are two different things to me. You can’t personalize the message too much with 160 characters, but email is such a rich medium so I don’t see it going anywhere.