The past 12 months have been crazy for the product team at MessageGears.

From venturing into the world of mobile messaging with Cross-Channel orchestration to enhancing our users’ ability to send content with our Drag and Drop HTML Editor and Deep Application Links, it’s been a whirlwind of product design, development, and release. And while we’re insanely proud of the work we’re doing, we’ve learned a few lessons about how to create and develop software in 2019. I recently had the chance to present some of these learnings to the audience at Technology Association of Georgia’s GeekOut Marketing conference, where dozens of marketing and technology professionals gathered to share how we’re building martech stacks and using today’s tools to drive marketing forward.

I’d like to take a second to share those lessons here as well, but first I want to touch on something that is very important to understand: Marketing is moving backwards.

Let’s take a step back, way back, to the early middle ages.

If you were a merchant who had something nice to sell, the only way you could sell that product was going door to door telling consumers individually about the nice thing they should buy from you. The problem with that system was that it was laborious, time consuming, and an overall pain for each merchant to move that much to distribute their wares. So, the merchants got together and decided to create a common market where consumers could go to buy anything, saving time and effort for everyone. This was referred to as marketing, and it kicked off a 400-year trend of being able to reach greater audiences with a message.

But in the early 2000s, a subtle shift began with the advent of smartphones — Messaging started to get more individualized. Today, with the possibility of reaching anyone on a plethora of device types and communications, brands are beginning to send messages at the exact time and manner that will resonate most with the recipient. What started with creating common markets and reached its peak of volume (or nadir of personalization) with global messaging is now moving backward into one-to-one, individualized messaging … But with a little less walking for the merchants.

With the way users want to communicate with brands changing constantly, we’ve definitely learned a few lessons about creating new product in this environment.

Users May Not Tell You What They Want

When we created our Mobile Push Notification functionality, we were motivated by getting something usable and sendable in front of users as soon as we could. As we expanded into the cross-channel realm, our initial idea was to start with mobile push – the most effective way for marketers to drive interaction and messaging directly to their application. The quickest and easiest way to bring this functionality to the market was to put our UI on top of a direct API interface into the app stores, as that was the fastest way for our product to send notifications.

What we hadn’t considered was the prevalence of Push Notification SDKs in the marketplace. As it turns out, most app functionality is provided by these mobile SDKs, and we were quickly developing a solution that flew in the face of the rest of the market. We immediately started looking for the right SDK partner while we began to show our prospects and clients our no-SDK functionality. And, to our surprise, many loved it!

The overhead/complexity of many SDKs is a burden to some companies, and it’s getting out of hand. We heard from some that they actually had more SDK code running in their app than what was in the application itself. When asking our partners what they wanted from a push notification service, they were cemented in a world where the notifications were delivered via an SDK hooked into the app. They weren’t able to tell us what they really wanted, because they didn’t know it existed. Sometimes, users won’t tell you what they want, because they don’t know that it’s out there.

The deep linking space is filled with vendors and SDKs that specifically offer linking as a product,and we’re now offering it as a product enhancement. By digging into how Apple/Google allow deep links to work, we were able to deliver a very early-stage minimum viable product that redirected recipients to our users’ application, but did little else. Following on this very bare functionality, we worked with our users to understand additional needs and capability gaps that we had.

This led to our creation of the click tracking API endpoint, which has evolved above universal links and is now a core part of our attribution strategy going forward. In fact, many users enjoy the ability to send deep and universal links to their application without needing to install/test/operate another SDK within their app. Had we never shown users the ability to direct recipients to application content using MessageGears, we would never have received the rich feedback that helped us develop this additional functionality. Our users guided us to the functionality they needed, but only because we were able to get them started with an early-stage MVP.

The next “big feature” we wanted to develop was the ability for customers to send recipients through journeys using campaign orchestration. The space is filled with incredibly capability-rich tools that take advanced interactions through labyrinthine journeys spanning an awe-inspiring number of stages and interactions. During the process of planning this build, we realized our backend platform should not automatically drive complex orchestrations many ESPs provide because we fundamentally do not store customer or identifiable recipient information in our cloud data store. Other ESPs offer this functionality because they have all recipient information sitting in their cloud data store, but that idea was anathema to us because of our base value proposition of never storing our customers’ recipient data.

So we decided to give the power back to the user when creating journeys. By basing them on the data they have on premises, we could deliver a piece of this functionality without creating too complex of a system. We soon realized, though, that the advantages of this system — allowing recipients to enter and exit orchestrations whenever users wanted them to — created an incredibly more diverse and flexible feature. Additionally, we saw a ton of operating and development cost savings that we can use to continually build and iterate this system. When discussing journey builders with an industry veteran after picking this strategy, we learned that, even with all of the capabilities many of these other tools offer, the most commonly designed orchestration is only three steps. This feature is ready for future technological changes because we’ve chosen to be flexible rather than overly capable.

The past 12 months have been full of surprises, but that doesn’t mean we’re slowing down anytime soon. With new technologies like Amp for Email and RCS Messaging being released on an almost annual basis, the world of marketing messaging and brand interaction is moving faster than ever before. By staying flexible in our implementation and keeping an eye on the market, we’ve been able to position ourselves in a marketplace of products offering more personal, one-to-one messaging for the world’s biggest brands – moving forward by taking marketing backwards. No one is entirely sure what’s next in the world of enterprise marketing, but whatever it is — we’re ready. 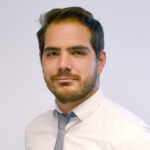 Nick is the Director of Product Marketing at MessageGears. He applies his background in engineering and data analytics to organizing his product backlog, understanding user experience, and obsessing over the Chicago Cubs.