Research: The Biggest Senders Have Their Eyes on a Modern Data Warehouse 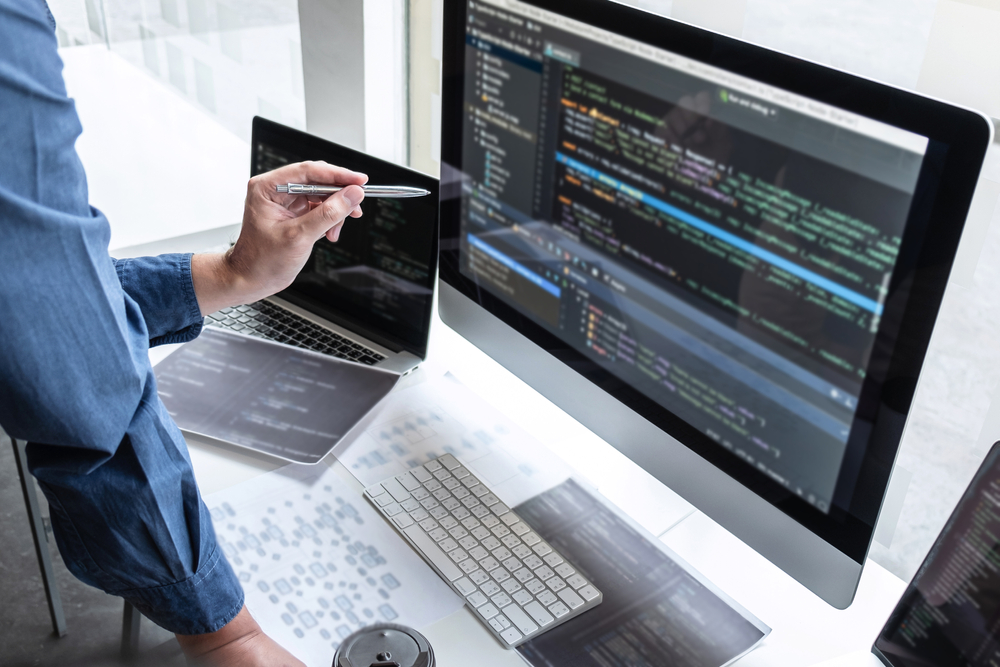 For many enterprise marketing teams, the modern data warehouse (MDW) has become an indispensable part of their martech stack. It brings their data together in one place, allowing them to use it directly for building personalized messaging campaigns. If it wasn’t already clear that the MDW is making a massive impact on the marketplace, Snowflake’s IPO last year drove the point home better than anything else probably could.

Not everyone’s on board yet, though. It does take an upfront investment, and requires an executive level that’s bought in on the idea that their own first-party data is perhaps their most valuable asset. As part of our latest research, we looked into which sorts of companies are most likely to make the move to an MDW in the near future. 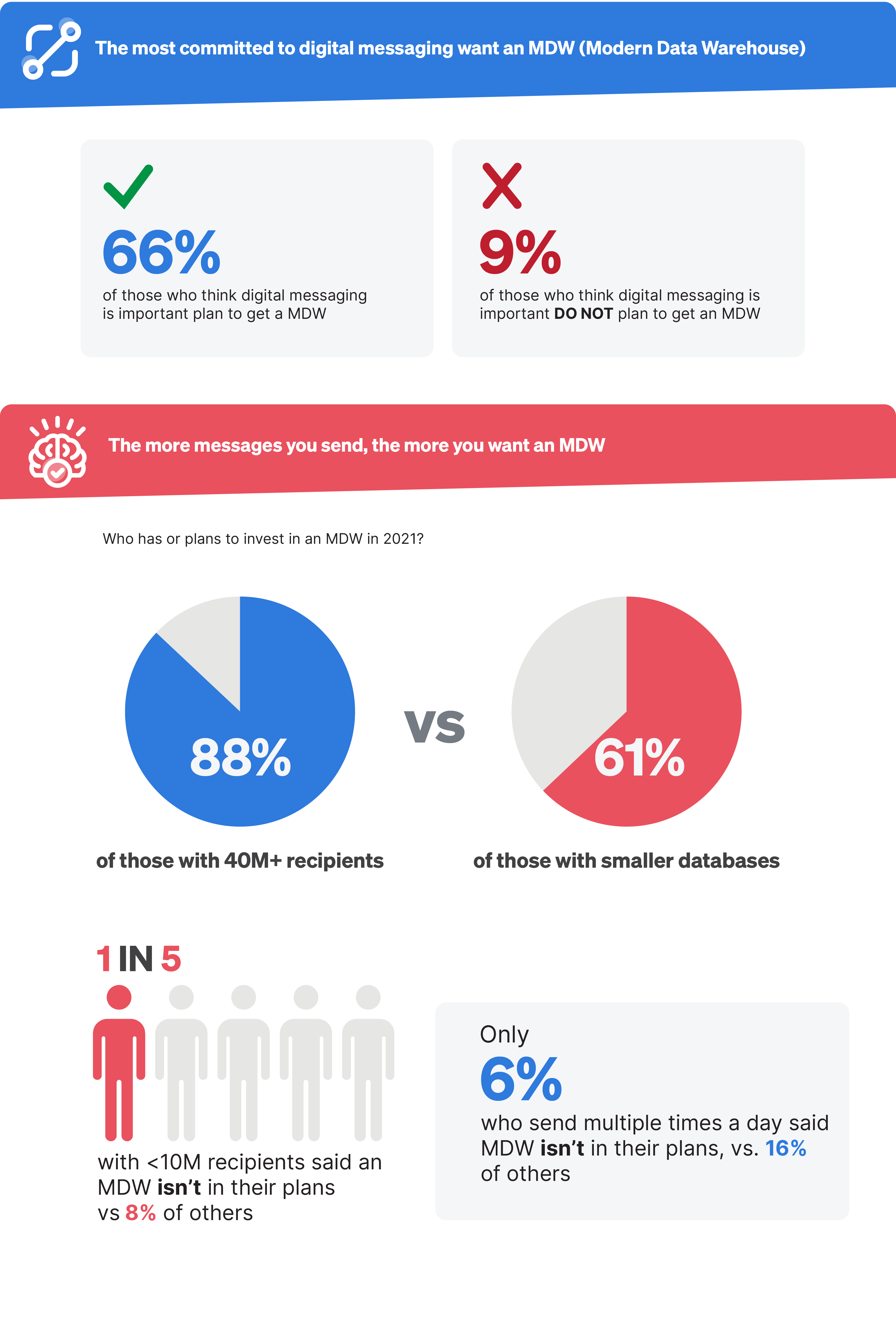 The more messages you send, the more you want an MDW

The correlation between sending volume and having or wanting an MDW was even stronger in our results, and that may make sense. It’s one thing to say digital messaging is important to your team, and to have your eyes on the tools that reflect that priority. It’s another to be already sending messages at such a volume that investing in an MDW has been the only way to realistically make your massive amount of data usable at scale.

Among respondents with 40 million or more recipients in their database, 88% said they either already have or plan to invest in an MDW in 2021, while just 61% of those with smaller data sets said the same. Meanwhile, almost 1 in 5 of those with fewer than 10 million in their database said an MDW isn’t in their plans, vs. just 8% of the rest. And 6% of those who send multiple times a day had no interest in an MDW, against 16% of everyone else.

Our takeaway: Teams either saw their databases and volume ramp up to such levels that they had to consolidate in an MDW, or once they invested in an MDW, the benefits were so great that they were able to massively expand their volume after that.

The marketers most committed to digital messaging want an MDW

How high a priority is digital messaging for your marketing team? Not every company is going to have the same answer to that. For many, though, it’s undoubtedly the cornerstone of their outreach strategy, always innovating and finding new ways to get themselves in front of customers with creative, personalized cross-channel campaigns.

For those marketing teams, data is basically everything. In order to provide the consistent, tailored experiences customers demand, that data has to be accessible across various teams, live and in real time. It has to be reliable, secure, and seamlessly integrated with their messaging tools. And to accomplish all of that, they’re coming to realize a modern data warehouse or its equivalent is almost impossible to do without today.

Our takeaway: Those teams that have prioritized their digital messaging are, by and large, also recognizing how important a role an MDW stands to play in making sure they have the success they want. If you’re a high-scale and high-volume digital message sender, find out where your organization is going so you don’t get left behind.

Related Blog Posts
See All Posts
Research
How Apple’s MPP is Impacting Open Rates Now
Since the rollout of Apple’s Mail Privacy Protection (MPP) in September, marketers have been faced with a constant barrage of information about its impact on the email ...
Research
Gartner Survey Finds Brands Fail to Achieve 360 View of Customer
Research
Study Confirms Immense Value of Personalization in Marketing
Research
CDP Confusion: Our Research into Its Nature and Origins
Research
MessageGears Research: Digital Marketing Trends in 2021
Start transforming your marketing programs today.
Get Started