How MessageGears Can Help Navigate Your Salesforce Divorce

In the end, though, the lack of a direct connection to customer data is the most glaring and significant downfall of Salesforce and SFMC. Without that direct, live data access, the entire house of cards begins to fall apart as you get to enterprise scale. There are plenty of reasons that customers ultimately leave Salesforce. But data is what this all really comes back to.

What do you mean that they don’t connect to our data? 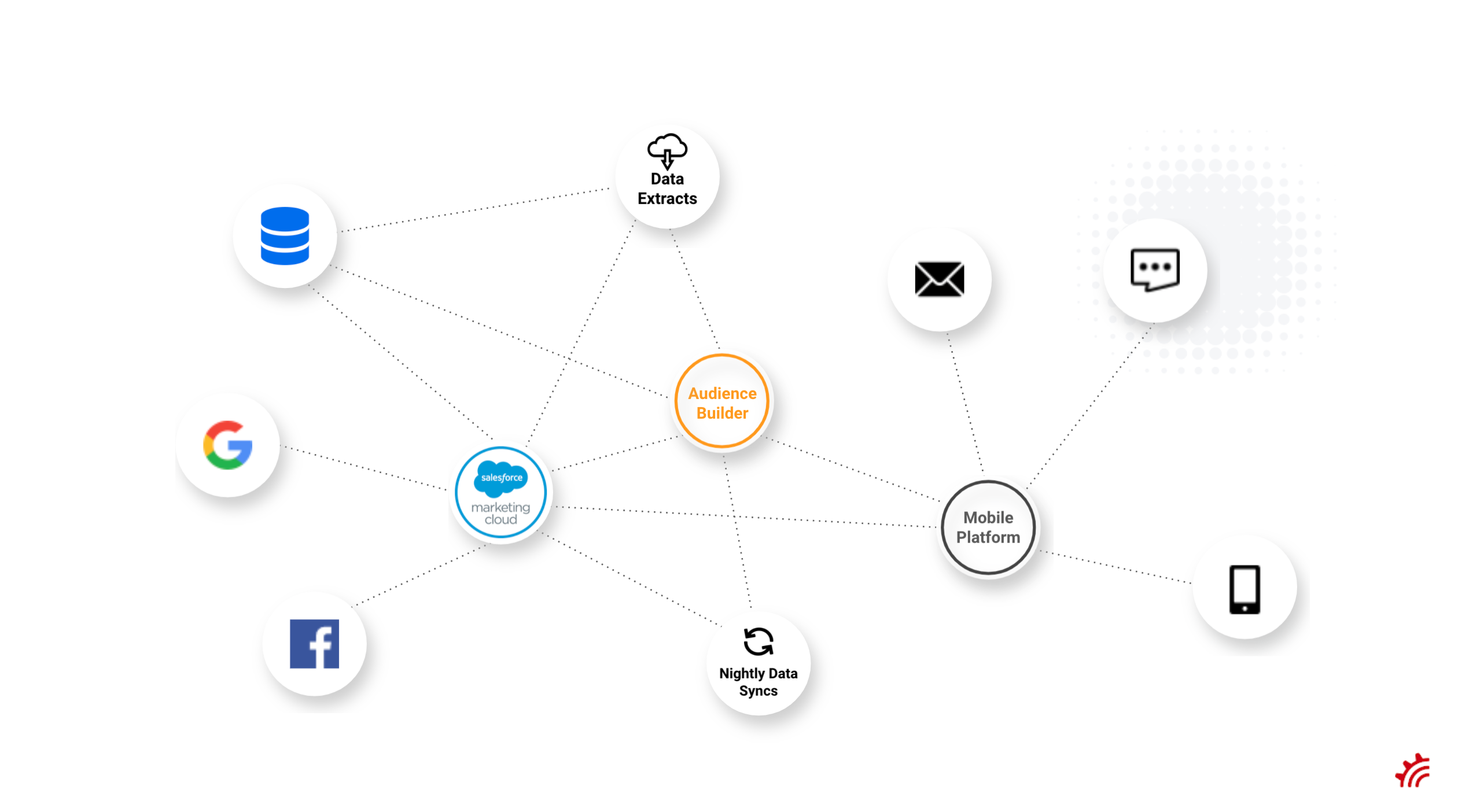 What we really mean when we say that SFMC can’t connect to your data is that their platform lives apart from your data, outside of your firewall, forcing you to copy and ship your data out there in order to do anything with it. That creates what we call data friction — lag from syncs and QA issues that causes your marketing and I.T. teams to have to wait around in order to do just about anything new or make any changes to the data you’re using. You’re probably familiar with this.

And the thing is, this is never changing. Really. Salesforce not only has no intention of altering the way they operate in order to provide you with direct data access, but they wouldn’t be able to do so even if they wanted to. Why is that? Let’s look at how the email industry got to where it is today.

Why won’t they change?

The short answer: they, for all practical purposes, truly can’t. The longer answer has to do with the way email marketing came to Salesforce in the first place.

Email marketing as an industry is about 25 years old, starting in earnest when Hotmail exploded by offering free email addresses. There was lots of punctuated growth over the next 15-20 years, perhaps most notably when Salesforce purchased ExactTarget for $2.58 billion. Like several of their competitors, Salesforce spent a lot of money in order to give them the ability to offer email marketing. But the key is that the ESP they purchased was not only built close to 20 years ago, but it wasn’t built by Salesforce at all. It was built for a different era, by different people, for different purposes.

But why can’t Salesforce change the way their ESP works now, or just build a new one that connects to your data? First, they’d have to decide it was a high enough priority for them to dedicate the significant resources toward doing it in a better way. Even if they did decide they wanted to, though, there are structural reasons it’s essentially impossible.

MessageGears took a fresh look at the marketing platform

When a company builds a product or service, one of the first tasks is typically to define the platform’s data model. The data model determines the fields, data types, and the relationships between items. After the data model is in place, all services and functionality are built on top of it. The features begin to expect certain details like what fields are available and rules for which items are related to others. As time goes on, more functionality is added, and changes to that core data model can become basically impossible.

The cycle is similar to the evolution of cars. In the beginning, the car was just a frame, motor, a set of wheels, and a very basic interior. At this stage, it would have been easy to change a core feature like moving the motor to the back of the car. But, once the design was set and cars have been produced for a century, there are expectations around how many engines a car should have. Where does the engine go? What parts do I need for a combustible engine? Looking back, if the idea wasn’t to make a combustible car with a single motor but, instead, an electric car with dual motors, you can imagine a lot of different decisions would be made.

It’s not impossible. At least theoretically, it could be done. But it takes rethinking virtually every aspect of the structure of how the email service provider operates. That’s what MessageGears did, starting in 2010 with a very different view on data access and an eye toward personalized messaging that wasn’t on the horizon when the previous wave of startups were built and then later acquired. That’s what makes MessageGears different.

We’re built to solve this problem

Because MessageGears was built from the ground up with the perspective that Super Senders should have unfettered access to their customer data, we don’t have the same issues that Salesforce faces with Marketing Cloud. We were built specifically to solve the foundational problem that plagues Salesforce — and, if we’re being honest, every other email service provider in the space.

All of MessageGears’ products — Segment, Message, and Engage — were built with a modern understanding of data and its massive importance to enterprise organizations. Each one of them has its own way to take advantage of the fact that we sit directly on top of your database, whatever type you have and however it’s configured.

Depending on how your data is set up and how you’re currently using SFMC, it should take a total of just 60-90 days to get your messaging fully migrated from SFMC to MessageGears Message. Scroll down to the bottom of the screen to sign up for our newsletter if you want to be the first to get access to our upcoming whitepaper and get the full details of how to execute your Salesforce Divorce. In the meantime, you can begin earning incremental — and highly consequential — wins with MessageGears Segment and Engage as you move along the path toward full migration and data maturity.

Sitting where you are now, the idea of migrating to a new platform can seem intimidating. But we’ve rescued some of the world’s biggest brands from Salesforce Hell, and it’s far easier and faster than you think. Contrasting with Salesforce’s endless and soul-sucking customer support queue, our white-glove service is with you every step of the way, doing whatever it takes to ensure you meet key goals and keep on the timeline that your team needs.

Ready to let us show you how MessageGears can be the solution to get your marketing team the secure data access you need? We’d love to hear from you.